LISTEN TO OUR NEW SINGLE: 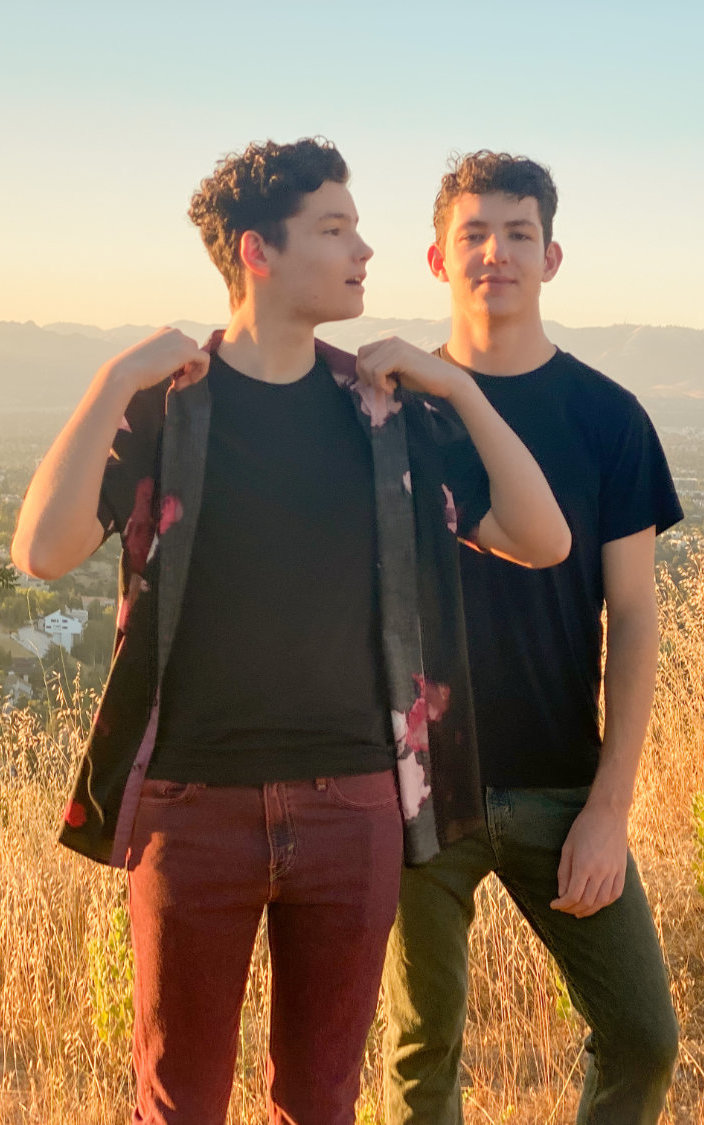 "The likability factor is ginormous. I loved it. 4 yes's!" - Simon Cowell, America's Got Talent

"It was certainly the most unexpected and fun performance on harmonicas we've ever seen. The judges loved the performance." - Newsweek

"You made it so entertaining... I think we've only seen the beginning of who you are on that stage. I want to start off the voting with a YES" - Howie Mandel

"With their talent and boy-band appeal, these boys have a better than a good shot at staying around on 'America's Got Talent'." - BlastingNews.com

"Even though the Brothers Gage didn't have a huge crowd cheering them on, the energy in the room was electric. They delivered an upbeat performance full of spunk and enthusiasm...and seemed to be having a blast in the process!" - Country Music Family

"Harmonica duo act Brothers Gage really bring it with their next performance. They perform (with their harmonicas, of course) LMFAO's "Party Rock Anthem" out in the middle of nowhere. It's a really fun vibe, and the brothers are clearly very talented. They're just 15 and 17 years old. They have so much potential." - HollywoodLife.com

The Brothers Gage debuted on America's Got Talent (AGT) on June 30, 2020 for their first-round audition. They performed their original 2-man harmonica instrumental "Trading Eights" (available on streaming platforms), received 4 yes votes, and a standing ovation from all four judges: Simon Cowell, Sofia Vergara, Eric Stonestreet, and Howie Mandel. For their 2nd round performance, they shot a music video near Boulder Dam, Nevada on 6/15/20 of the LMFAO classic "Party Rock Anthem" which instantly became an online fan favorite

The Brothers Gage - Alex and Brody, first learned to play harmonica from their dad when they were both 5 years old. Within the next few years, they began singing, playing guitar, bass, drums, and keyboards. They performed live for the first time at a local talent show in Oct. 2013 (they've since played it six years in a row). Brody was 8 years old and played harmonica while his brother Alex, who was 10 at the time, sang and played guitar performing the song "Wagon Wheel".

They currently perform around in the Los Angeles area at local clubs, events, fund raisers, pep rallies, and parties. They've played numerous times at McCabes' Guitar Shop in Santa Monica, opening for the band "Jacksh*t" (including guest stars like Jackson Browne and Dave Alvin) and played an opening set for the band "Big Daddy" in 2018. They recently won first place at a local talent show called "Agoura's Got Talent" in Agoura, California. Click at the top of the page for upcoming shows.

Their live show consists of an hour+ set of both acoustic jams and amplified-band material where they both sing and play harmonica while Brody plays guitar, Alex plays bass guitar, and play to their own pre-recorded drum and keyboard tracks for a full band sound. They also perform 2-man harmonica songs (their 2-man harmonica/vocal version of "House of the Rising Sun" is one of their most popular and unique live songs). Other set songs include unique BG covers of: "Superstition" (Stevie Wonder), "Girls Like You" (Maroon 5), "House is a Rockin" (Stevie Ray Vaughn), "Hey Bulldog" (Beatles), "The Middle" (Zedd, Maren Morris), "Jambalaya" (Hank Williams), "Perfect" (Ed Sherran), "Amazing Grace", and other current pop songs; blues, folk, and country classics.

In December of 2018, the Brothers Gage released their first instrumental single called "Trading Eights", which is currently available on Spotify, Apple Music, and iTunes. ...Read More

"They SURPRISE The Judges With Their Harmonica Skills"
Brothers Gage - "America's Got Talent" - NBC 6/30/20
"It was certainly the most unexpected and fun performance on harmonicas we've ever seen. The judges loved the performance." - Newsweek

"Brothers Gage - And I Love Her (Official Audio)"
The Brothers cover this classic Beatles song. Stream it from Spotify or Apple Music/ Download from iTunes or Amazon.

"Brothers Gage REACT to their AGT "Party Rock Anthem" Video"
The Brothers add their reaction and behind-the-scenes commentary to this 2-man harmonica music video shot near Boulder Dam, Nevada on 6/15/20.

If you'd like to book the Brothers Gage, please email us at the following address with details and your phone number.